1. In which of the following patients would a nurse expect to experience alterations in drug metabolism?

2. The nurse's assessment of a community-dwelling adult suggests that the client may have drug allergies that have not been previously documented. What statement by the client would confirm this?

3. A patient who has ongoing pain issues has been prescribed meperidine (Demerol) IM. How should the nurse best administer this medication?

6. A home health nurse notes that there have been changes to a patient's oral drug regimen. The nurse will closely monitor the new drug regimen to

8. A nurse is caring for a patient who has had part of her small intestine removed due to cancer. She has also now developed hypertension and has been prescribed a new medication to decrease her blood pressure. While planning the patient's care, the nurse should consider a possible alteration in which of the following aspects of pharmacokinetics?

9. A patient has a blood serum drug level of 50 units/mL. The drug's half-life is 1 hour. If concentrations above 25 units/mL are toxic and no more of the drug is given, how long will it take for the blood level to reach the nontoxic range?

10. A patient with a recent diagnosis of acute renal failure has a long-standing seizure disorder which has been successfully controlled for several years with antiseizure medications. The nurse should recognize that the patient's compromised renal function will likely

11. A nurse is caring for a patient who has recently moved from Vermont to south Florida. The patient has been on the same antihypertensive drug for 6 years and has had stable blood pressures and no adverse effects. Since her move, however, she reports “dizzy spells and weakness” and feels that the drug is no longer effective. The nurse suspects that the change in the effectiveness of the drug is related to

12. A 56-year-old female patient has been admitted to the hospital with chronic muscle spasms and has been prescribed a new medication to treat the spasms. She has a poorly documented allergy to eggs, synthetic clothes, and perfumes. What is the priority action of the nurse to ensure that prescribed medication does not experience an allergic reaction?

13. In order to promote therapeutic drug effects, the nurse should always encourage patients to

14. Talwin given in combination with Vistaril diminishes the adverse effects of nausea caused by the Talwin. This drug interaction affecting the pharmacodynamics of the Talwin is

15. An older adult patient with a history of Alzheimer's disease and numerous chronic health problems has been prescribed several medications during his current admission to hospital and recent declines in the patient's cognition have impaired his ability to swallow pills. Which of the following medications may the nurse crush before administering them to this patient?

16. A patient is treated with an antibiotic for an infection in his leg. After 2 days of taking the antibiotic, the patient calls the clinic and reports that he has a rash all over his body. The nurse is aware that a rash can be an adverse effect of an antibiotic and can be either a biologic, chemical, or physiologic action of the drug, which is an example of

17. A patient has been prescribed several drugs and fluids to be given intravenously. Before the nurse starts the intravenous administration, a priority assessment of the patient will be to note the

18. For which of the following patients would a nasogastric tube most likely be considered to aid in the administration of medications?

19. An elderly postsurgical patient has developed postoperative pneumonia in the days following abdominal surgery and is being treated with a number of medications. Which of the following medications that the nurse will administer has the slowest absorption?

20. An unconscious patient has been brought to the hospital, and the physician has prescribed a life-saving drug to be administered parenterally. Which of the following methods would be the most appropriate for the nurse to use when administering the medication?

21. Which of the following statements best defines how a chemical becomes termed a drug?

22. A nurse is instructing a patient concerning a newly prescribed drug. Which of the following should be included to help improve patient compliance and safety?

23. A patient has been receiving regular doses of an agonist for 2 weeks. Which of the following should the nurse anticipate?

24. During a clinic visit, a patient complains of having frequent muscle cramps in her legs. The nurse's assessment reveals that the patient has been taking over-the-counter laxatives for the past 7 years. The nurse informed the patient that prolonged use of laxatives

25. The nurse is caring for a patient receiving an aminoglycoside (antibiotic) that can be nephrotoxic. Which of the following will alert the nurse that the patient may be experiencing nephrotoxicity?

26. A 72-year-old man who is unable to sleep since admission into the hospital is given a hypnotic medication at 9 p.m. The nurse finds the patient drowsy and confused at 10 a.m. the next day. The nurse is aware that this behavior is most likely due to

27. A 70-year-old man with diabetes mellitus is taking metoprolol (Lopressor) to manage his hypertension. The nurse would be sure to instruct the patient to

28. A 70-year-old patient has just started taking lorazepam 10 days ago for anxiety issues related the death of her husband. She is staying with her daughter for a couple of weeks. The patient's daughter has noticed that her mother is having difficulty walking and seems to be confused at times and calls the clinic to report this to the nurse. The nurse will inform the daughter that

29. A nurse is teaching an older adult patient about polypharmacy. Which of the following statements best describe this term?

30. A 79-year-old woman with a medical history that includes osteoporosis has recently moved to a long-term care facility. Medication reconciliation indicates that the woman has been taking calcitonin, salmon for several years. The nurse should recognize that the most likely route for the administration of this drug is

31. A 70-year-old man who enjoys good health began taking low-dose aspirin several months ago based on recommendations that he read in a magazine article. During the man's most recent visit to his care provider, routine blood work was ordered and the results indicated an unprecedented rise in the man's serum creatinine and blood urea nitrogen (BUN) levels. How should a nurse best interpret these findings?

32. A nurse is administering drugs to a 70-year-old patient who has a reduced plasma albumin level. When assessing the patient for therapeutic outcomes of drug therapy, the nurse will also be careful to observe for

33. A 70-year-old woman has experienced peripheral edema and decreasing stamina in recent months and has sought care from her primary care provider. The patient's subsequent diagnostic workup has resulted in a diagnosis of chronic heart failure. The woman has been prescribed digoxin and the nurse has begun patient education. What should the nurse teach the patient about her new medication?

35. Mr. Penny, age 67, was diagnosed with chronic angina several months ago and has been unable to experience adequate relief of his symptoms. As a result, his physician has prescribed ranolazine (Ranexa). Which of the following statements is true regarding the use of ranolazine for the treatment of this patient's angina?

37. Medication reconciliation of an 82-year-old man who has recently moved to a long-term care facility reveals that the man takes 1 to 2 mg of lorazepam bid prn. The nurse should recognize what consequence of this aspect of the resident's drug regimen?

38. An older adult who lives in a long-term care facility has recently begun taking losartan (Cozaar) for the treatment of hypertension. The nurse who provides care for this resident should recognize that this change in the resident's medication regimen make create a risk for

39. Frequent episodes of exercise-related chest pain have caused a 79-year-old woman to use her prescribed nitroglycerin spray several times in recent weeks. This patient's age will have what effect on her use of nitroglycerin?

40. An elderly man has been admitted to a residential care facility and the nurse has conducted a medication reconciliation. The man has taken numerous drugs in the past, including a course of bicalutamide (Casodex) several years earlier. The nurse recognizes this drug as being an antiandrogen and is consequently justified in presuming that the man has a history of what disease? 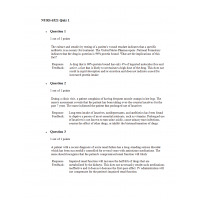 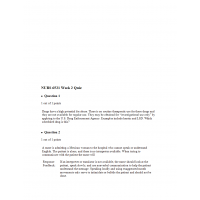 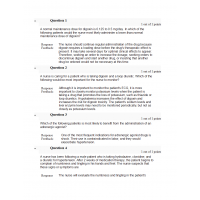 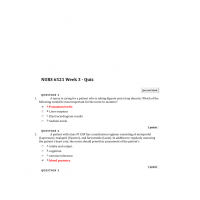 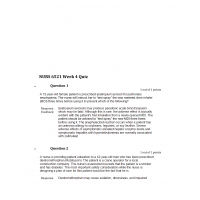 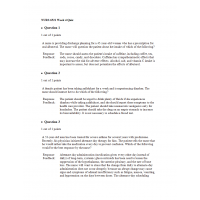 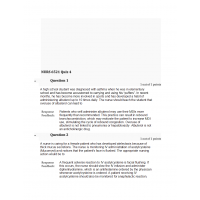 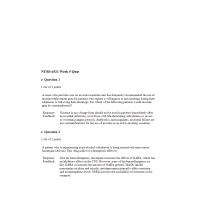 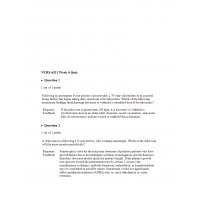 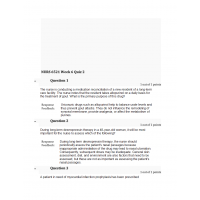 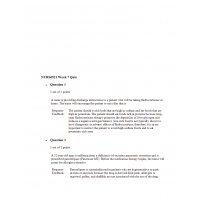 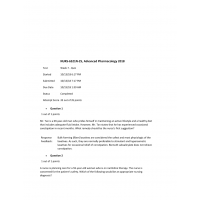 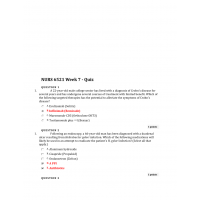 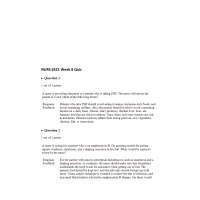 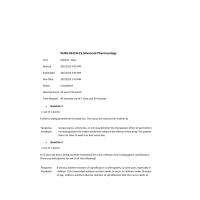 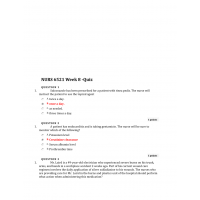 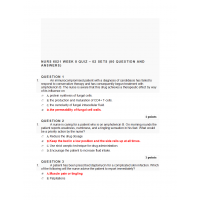 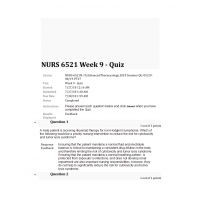 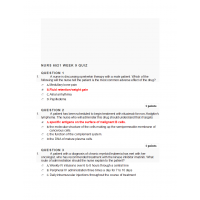 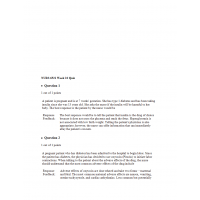 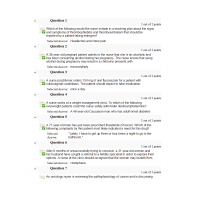 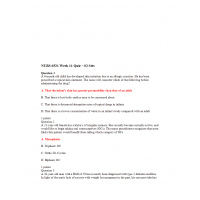 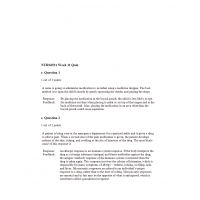 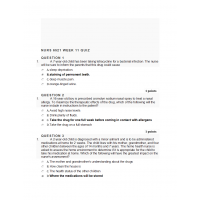 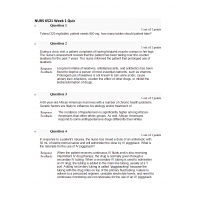 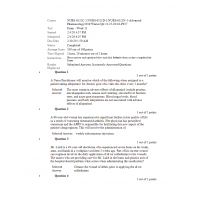 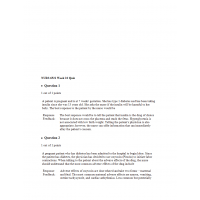 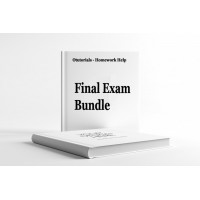