Question 1 (5 points) Which component of the cell produces hydrogen peroxide (H2O2) by using oxygen to remove hydrogen atoms from specific substrates in an oxidative reaction?

Question 2 (5 points) What is a consequence of plasma membrane damage to the mitochondria?

Question 3 (5 points) Which statement is a description of one of the characteristics of apoptosis?

Question 4 (5 points) During cell injury caused by hypoxia, sodium and water move into the cell because:

Question 5 (5 points) What is an effect of ionizing radiation exposure?

Question 7 (5 points) In addition to osmosis, what force is involved in the movement of water between the plasma and interstitial fluid spaces?

Question 8 (5 points) Venous obstruction is a cause of edema because of an increase in which pressure?

Question 9 (5 points) At the arterial end of capillaries, fluid moves from the intravascular space into the interstitial space because:

Question 10 (5 points) It is true that natriuretic peptides:

Question 11 (5 points) What causes the clinical manifestations of confusion, convulsions, cerebral hemorrhage, and coma in hypernatremia?

Question 12 (5 points) A major determinant of the resting membrane potential necessary for the transmission of nerve impulses is the ratio between:

Question 13 (5 points) In hyperkalemia, what change occurs to the cells’ resting membrane potential?

Question 14 (5 points) Physiologic pH is maintained at approximately 7.4 because bicarbonate (HCO3) and carbonic acid (H2CO3) exist in a ratio of:

Question 15 (5 points) Increased capillary hydrostatic pressure results in edema because of: Question 16 (5 points) Hypomethylation and the resulting effect on oncogenes result in: Question 17 (5 points) The functions of the major histocompatibility complex (MHC) and CD1 molecules are alike because both:

Question 19 (5 points) The generation of clonal diversity includes a process that:

Question 20 (5 points) Vaccinations are able to provide protection against certain microorganisms because of the:

Question 21 (5 points) What is the mechanism that results in type II hypersensitivity reactions?. Question 22 (5 points) When soluble antigens from infectious agents enter circulation, tissue damage is a result of:

Question 23 (5 points) ? Considering the hypothalamus, a fever is produced by:

Question 25 (5 points) Carcinoma in situ is characterized by which changes?

Question 27 (5 points) What is the skin-related health risk induced by some types of chemotherapy? Question 27 options: a) Infection b) Ultraviolet damage c) Pain d) Erythema

Question 28 (5 points) When a child is diagnosed with cancer, which intervention has the greatest influence on the child’s mortality rate?

Question 29 (5 points) Reflex activities concerned with the heart rate, blood pressure, respirations, sneezing, swallowing, and coughing are controlled by which area of the brain? Question 30 (5 points) The edema of the upper cervical cord after a spinal cord injury is considered life threatening because of which possible outcome?

Question 31 (5 points) What term is used to describe the complication that can result from a spinal cord injury above T6 that is producing paroxysmal hypertension, as well as piloerection and sweating above the spinal cord lesion?

Question 36 (5 points) A patient diagnosed with diabetic ketoacidosis (DKA) has the following laboratory values: arterial pH 7.20, serum glucose 500 mg/dl, positive urine glucose and ketones, serum potassium (K ) 2 mEq/L, and serum sodium (Na ) 130 mEq/L. The patient reports that he has been sick with the “flu” for a week. What relationship do these values have to his insulin deficiency?

Question 38 (5 points) The common hay fever allergy is expressed through a reaction that is mediated by which class of immunoglobulins?

Question 40 (5 points) Hypoglycemia, followed by rebound hyperglycemia, is observed in those with:

Question 44 (5 points) In aplastic anemia (AA), pancytopenia develops as a result of which of the following?

Question 48 (5 points) How does angiotensin II increase the workload of the heart after a myocardial infarction (MI)?

Question 49 (5 points) What event is a characteristic of the function in Zone I of the lung? Question 50 (5 points) What factor associated with gluten-sensitive enteropathy (celiac sprue) causes an infant to bruise and bleed eas 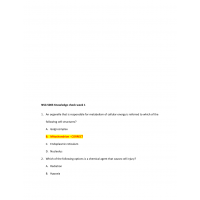 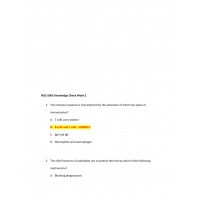 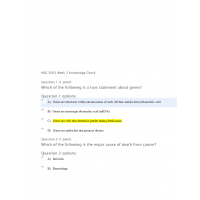 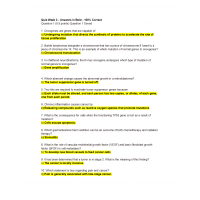 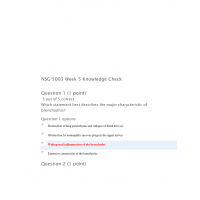 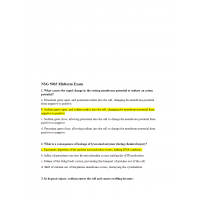 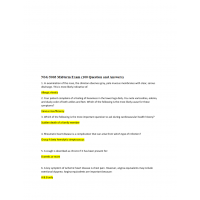 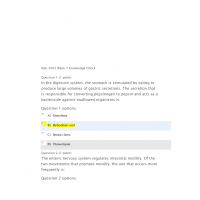 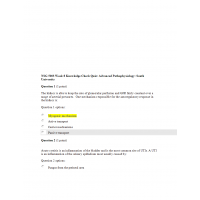 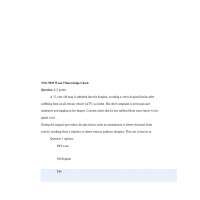 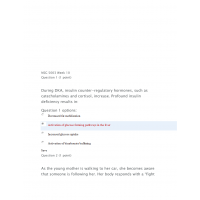 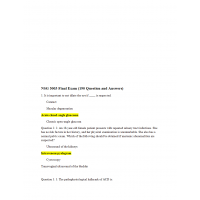