1. Professor Adams is constructing a demographic questionnaire for use in a research project. One question asks students to report whether they are currently living in an "urban", "suburban", or "rural" setting. This is an example of a/an:

2. Which of the following represents a null hypothesis?

3. Which of the following represents a research hypothesis?

5. The ______ of psychology—the diagnosis and treatment of psychological problems—is one important application of the scientific discipline of psychology.

6. ________ is written by a single author or a small group of authors and usually gives a coherent presentation of a topic much like an extended review article. Edited volumes have an editor or a small group of editors who recruit many authors to write separate chapters on different aspects of the same topic.

7. When considering general criteria for high-quality research projects, replicability refers to the fact that:

8. Charlotte, an anthropologist, has been living in an Incan village for three years. During that time Charlotte has become expert in Incan weaving by observing and imitating the master weavers in the community. For Charlotte, observing weaving constitutes:

9. Charlotte wrote a book about her experience as an anthropologist living in an Incan village for three years and becoming an expert weaver. Her book was widely read by other anthropologists, including Mira, who is an expert in Navaho weaving. For Mira, Charlotte’s book constitutes:

10. Sean, a high school wrestler, has agreed to participate in a study of cardiovascular conditioning. He is left somewhat confused when, at the first research session, he is asked to complete a questionnaire about commonly purchased grocery items. Sean’s confusion indicates a lack of ______ regarding the task.

11. A researcher decides to use a high school sample to test the relationship between her new measure of empathy and a well-established measure of interpersonal sensitivity. She finds that the two instruments are highly related, which supports the ______ of the new instrument.

13. Don and Jane are studying aggression among preschool children. Separately, they each watch a videotape of four children interacting in a playroom and then rate each child on the level of aggression displayed during the play session. They compare their completed ratings and are pleased to note they are highly similar. This is an example of ______ reliability.

16. Dr. Davenport wants to conduct a study of whether high school students learn more efficiently while seated at a desk compared to in an easy chair. She knows there is a large research literature regarding similar influences on learning, and she wants to see if the findings hold true with a group of high school history students. Moreover, as a researcher she is uneasy with a lack of structure. You recommend that Dr. Davenport conduct a ______ study.

17. Dr. Greenhill wants to know how it is that some early adolescents come to make a connection between their personal lifestyle and environmental problems, while others don’t. Furthermore, among those who see the connection, why do some become committed to environmentalism while others do not? Dr. Greenwald looks forward to probing the thoughts of young teens on these issues and trying to see the questions and issues through “14-year-old eyes.” You recommend that Dr. Greenhill conduct a ______ study.

18. Scientific research is relevant to _______ because it provides detailed and accurate knowledge about psychological problems and establishes whether treatments are effective.

19. ______ in psychology is conducted primarily for the sake of achieving a more detailed and accurate understanding of human behavior, without necessarily trying to address any particular practical problem.

20. In ______ research proposal(s), specific hypotheses regarding findings are often stated.

21. Describe three benefits of conducting a thorough review of existing literature before writing a research proposal.

22. Concepts, ideas, opinions, feelings, and other intangible entities are often labeled as “insubstantial phenomena.” Select one of the following 3 phenomena that would be considered insubstantial, and explain two different ways — one qualitative and one quantitative — that you might measure it: a) the closeness of undergraduates’ social network friends; b) the “campus climate” at your university; c) “irrational exuberance” about the stock market.

23. In regard to quantitative research proposals, novice researchers often find it very challenging and tedious to explain in detail how the data will be analyzed and interpreted in their study. Explain why it is essential that the researcher not cut corners in this section of the proposal. 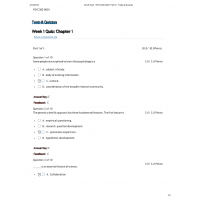 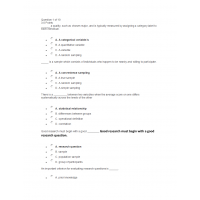 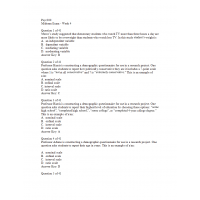 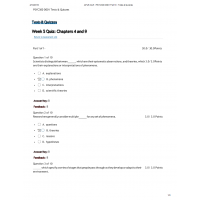 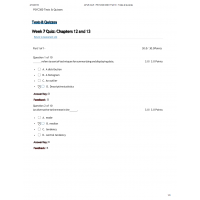 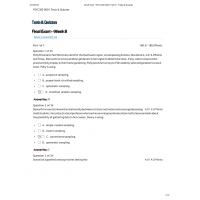 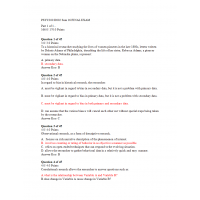